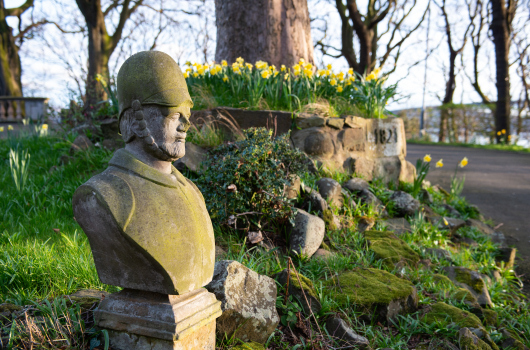 In this section, you will find useful information to assist you in planning your self-catering stay in one of our serviced apartments or cottages in North Queensferry, Fife, near Edinburgh.

We have a superb location next to the M90, Forth bridges, Inverkeithing rail link and Edinburgh Airport, within easy reach of Dunfermline, Edinburgh, Perth and Stirling, as well as Kirkcaldy, St Andrews and the East Neuk of Fife.

As its name suggests, North Queensferry lies at the northern end of the traditional ferry crossing from Edinburgh, Scotland's capital, to the Kingdom of Fife. 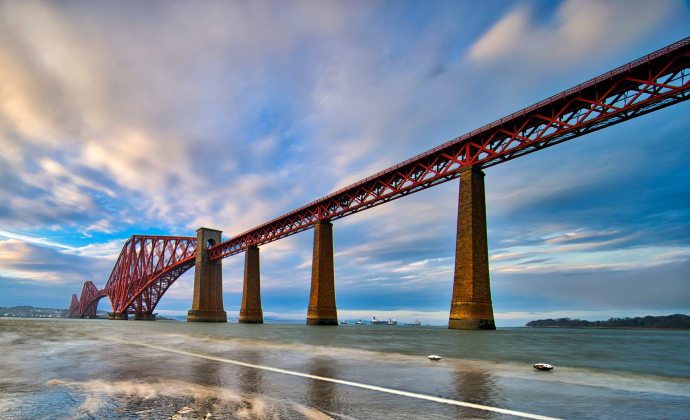 The village is named after Queen Margaret, wife of King Malcolm Canmore, later canonised as Saint Margaret, who landed here on her first visit to Scotland in the 11th century. It was then that she established the first ferry link across the Firth of Forth between North and South Queensferry. The Lantern Tower at the pier in North Queensferry, which was erected to provide an all-weather guide for ferry vessels, has recently been renovated to its former glory.

With the advent of the railways, the world famous Forth Railway Bridge was opened in 1890 and, as the road system developed, an equally stunning Forth Road Bridge was built a short distance up river. When this opened in 1964, the ferries ceased to operate, but North Queensferry has managed to retain the peaceful charm and beauty of a traditional coastal village. With the relentless development of activity in the area, the Forth Road Bridge was feeling the strain and an even more impressive second road crossing, named the Queensferry Crossing, was opened in late August 2017.

There are many stories surrounding the building and life of the Forth Railway Bridge, but one of our favourites is reproduced here.

Completed in 1890, the Forth Railway Bridge has a centre span of 1710 feet. It was then the longest cantilever bridge in the world and one of the engineering wonders of the world.

The day for the completion and dedication of the bridge arrived. For many long months, two separate work crews had been working towards each other from opposite sides of the bay. Now the time had come when the two huge steel structures would be connected in the middle of the bay. Everyone who could find a way to come was there for the great day. Countless boats bobbed on the water, people by the thousands lined the shore, dignitaries from various parts of the world came together to witness the joining together of the two sections of the bridge.

Then came the giant shock! The two sections of the bridge would not come together. Officials began to squirm in embarrassment and humiliation as the steel workers sweated futilely under the overcast sky. But there was still a gap that refused to be closed. The bridge builders tried everything they could think of - tugboats tugged, cables strained, tractors pulled, cranes lifted - but the gap remained.

They rechecked the blueprints. Everything seemed to be correct. So why the gap? Despair set in as they ran out of options. Their spirits were as low as the clouds hanging in the sky. Suddenly something happened! The warm sun broke through the overcast sky. The warm rays beamed down on the cold metal of the bridge. As the officials watched, an apparent miracle took place before their eyes. The gap between the two sections of the bridge began to gradually close.

Warmed by the sun, the two long sections of the bridge began to inch towards each other high above the bay. In a while, the two sections came flush together. Hurriedly, the work crews put in the bolts and the bridge was finally fastened together. An enormous cheer went up along with a great sigh of relief.A new era was born.